Carol Johnston, one of the founders and a director of Cherryleaf, passed away today.

It’s naturally terribly sad news. However, Carol had more than 40 years of life – a life to be celebrated. 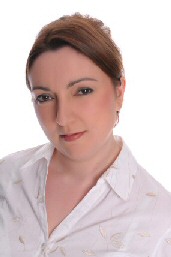 Carol was naturally gifted. She studied Mathematics at  the University of Cambridge and she was a very good pianist (she had studied at weekends as a child at the Royal Academy of Music). She also had a Post-Graduate teaching qualification.

Carol spent over 15 years working in the information design and technical documentation field, where she gained a reputation as an expert in XML, single sourcing and running documentation projects. She was also an accomplished trainer, developing many of Cherryleaf’s courses.

In October 2011, a change in the condition of her tumour meant she required another operation. Although the operation was successful, a few weeks later, Carol took a turn for the worse and she passed away on 22 January 2012.

It was a privilege to have known and worked with her. Carol was fundamental to the creation of our company and helped enormously with its progression over the years. She was also a friend.

Carol had first been diagnosed with a brain tumour when she was studying at Cambridge University. Although she was diagnosed with Grade 3 cancer (which means a 6 month life expectancy), she became what the doctors called ‘a statistical blip’; she had a successful chemotherapy course and an operation, which resulted in the tumour remaining benign for more than 20 years.

We first knew Carol when we were all working together at digitext. She didn’t hide her “blob”, as she called the tumour, and we soon came to realise that, if occasionally, she stopped talking or moving, then she was experiencing a mild epileptic fit. However, she did not make a great deal of her condition either – she made an extraordinary situation seem ordinary.

Carol was a strong supporter of the Samantha Dickson Brain Tumour Trust – the UK’s main charity dedicated to brain tumour research, information and support. She felt this was an area which didn’t get the attention and support of other cancer charities.

Our thoughts go out to her partner Dave and to her family. Carol, we miss you.

Carol taught me so much about many aspects of technical writing; not only was she very knowledgeable she was always extremely patient and helpful. She had the enviable knack of explaining things in a clear, understandable way and always with a sense of humour. She loved to solve technical problems and liked nothing better than being given a tricky problem to solve – which she inevitably did in half the time it would take the rest of us.

Carol had many talents, not least of these was her beautiful singing voice; she sang with the Thame Chamber choir and performed with the choir many times, her voice was truly inspiring to listen to.

Cherryleaf will not be the same without Carol, she will be greatly missed by all who had the privilege to work with her.

Wow Ellis. That is very sad news. My thoughts and prayers go to everyone at Cherryleaf and especially to Carol’s family and friends.

My condolences to Carol’s family and the family at Cherryleaf.

Her passion and knowledge will be missed, as will that ever present smile.

Very sad news Ellis. My condolences to you all.

So sorry to hear that Carol has passed away. I am sure her family and friends, and everyone who knew her, have many warm memories of Carol to give them strength and comfort at this very difficult time.

I am very sorry to hear the sad news – my condolences to her family, friends and colleagues.
While she contributed a lot, she could have done much more: a great loss of one so young 🙁

I didn’t know Carol personally, but would like to send my condolences to everyone who worked with her at Cherryleaf and also to her family.

My condolences to Carol’s family and everyone whose life she touched.

My condolences to Carol’s family and friends.

This is such sad news. My thoughts are with Carol’s family and everyone at Cherryleaf.

You’re right, Ellis, Carol had a life to be celebrated.

I’m so sorry. My condolences to her friends and family.

I’m very sorry to hear this. My thoughts and prayers go to Carol’s family and also to her work family at Cherryleaf.

So sorry to hear of your loss. Much comfort and peace to you and her family.

Such sad news. My thoughts are with Cherryleaf, friends and family. An extra special lady who will be missed by many.

This is very sad news, and my heart goes out to Dave, to Carol’s family, and to Ellis and Ginny. All who knew Carol are richer for that honour, but poorer in her passing.

My deepest to Carol’s family and colleagues at Cherryleaf. My thoughts are with you all.

I had the privilege of working with Carol at Digitext, and have many fond memories of her. I greatly respected Carol’s talents as a technical communicator and trainer, and while she was a consummate professional she also had a great sense of fun. I will miss her.

This is such sad news. One of the best decisions we ever made at digitext was recruiting Carol. She quickly became a supremely capable and indispensable member of the team. I also remember how kind she was and generous with her time. In particular, she was a great help to my brother over a tragedy in his family. But, as Matthew reminds me, she also had a great sense of fun. She kept a small store of chocolate in her desk and once, when I confessed to some personal problem, out it came, with the words, “Chocolate never lets you down.” Carol, the world is a poorer place without you.

Thank you Bob. It was good to see you at Carol’s funeral today.

What sad news. Carol sounds like one of those people you wish you got to know. A reminder to us all to cherish our time on good old planet Earth and our time with each other.

Her star will shine very brightly I am sure. Thanks for sharing this wonderful eulogy.

It’s such an encouragement to hear that she had a relatively long and normal life, able to pursue interests and have a successful career. I can empathize directly. My wife has a low-grade brain tumor that was discovered just a couple years ago at the age of 25. She had successful surgery and currently is asymptomatic, but has a new MRI every three months to make sure the inoperable portion of the tumor has not degraded. We live with this specter daily, and thank God daily that she can have a normal life – much like Carol. My heart goes out to all who have had the privilege of knowing her and are now experiencing this loss.

So sorry to hear this sad news.
Ellis, this is a most touching. Thanks for sharing at this distressing time for you.

What a remarkable person Carol was. My heart goes out to all of you, and to her family. Thank you for sharing the story of Carol’s life and work. Your tribute is full of love and respect, truly the sign of a life well lived.

The guilty pleasure of writing policy and procedure documents