Last night, I saw Joel Spolsky speak at a London Enterprise Technology Meetup, held at the London School of Economics. Joel is one of the founders of Stack Overflow, a hugely popular question-and-answer website on the topic of computer programming. He also claimed in a blog post back in April 2000, no-one reads manuals (see our article If no-one reads the manual, then why bother?).

So I asked him about his thoughts on the relationship between question-and-answer sites like Stack Overflow and traditional user documentation.

He said he still believes no-one reads the manual, and the reason for this is because programming has got so much bigger. It’s unreasonable to expect people to read the sheer amount of information on programming. There’s too much, and the content contained in manuals often doesn’t contain the information they are looking for.

So, he continued, users don’t read manuals. Instead, they start to write code and ask questions as they go along. They ask their colleagues, they ask Google, and they ask the members of Stack Overflow.

He said programmers mostly want to know what has gone wrong with their code, and the manuals don’t really answer those types of questions.

So what does Stack Overflow’s success mean for traditional User Assistance?

Stack Overflow has 1.7 million users and contains 500,000 questions, so it’s clear that it’s hugely popular. Joel has developed other question-and-answer sites beyond programming questions (see Stack Exchange), as he believes this is a model that works for other subjects as well.

So there’s a danger that many software developers who have experienced Stack Overflow might conclude they should provide a question-and-answer forum instead of user documentation.

I’ve had a few thoughts overnight about this issue, which I’ve outlined below.

User documentation doesn’t have to be in manuals

A great deal of technical documentation is no longer in manuals – it’s published as Web pages (“Web-based Help”). Joel mentioned he’d wanted to find out how to write a particular command in Python, and he’d searched on Google for the answer. I don’t know which page he landed on, but it may have been an online user guide that provided him with the answer.

Is it really true that programmers don’t read user documentation?

There’s been studies (by Leah Guren) that show power users actually do read user documentation, and Web analytics often show the technical, enabling content is the most popular content on a website.

StackOverflow itself has a user manual, The Stack Overflow Help Center, which has replaced their FAQ:

Also, the success of the O’Reilly books on programming suggests there’s still a demand for for more than Q&A information out there.

Stack Overflow is meeting a need for higher level learning

We’ve mentioned in previous blog a trend towards users wanting to know how to master a topic – to be more than just functionally capable. It seems likely that Stack Overflow is providing a place to meet those higher level, mastery questions. 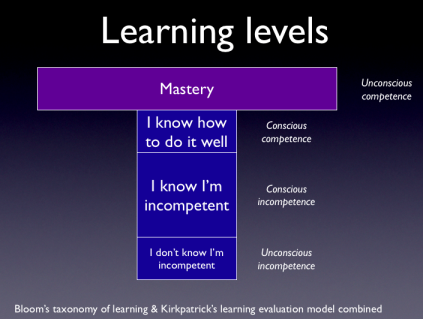 It’s generally acknowledged that the Stack Exchange vision of white labeling for anyone didn’t work. Spolsky says that very few communities really picked up enough steam and the licensing fee meant that a community had to be lead by someone who was both capable of managing the community and of monetizing it, two criteria that whittled down the number of candidates quickly.

Not all users are willing to dive right in – they are not confident or capable enough. It could also be the case that programmers tend to use software that doesn’t come with a support plan and access to a helpline. It might also be something to do with many programmers having studied programming as part of their degree, and perhaps attending more training courses that other staff (this is conjecture).

Joel also said Stack Overflow’s success was also due to the huge following Joel and his business partner had on their respective blogs. They were able to promote the site to a large audience, and, as a result, build up a large user base very quickly.

It seems likely that user documentation and question-and-answer platforms are going to co-exist, for the reasons mentioned above. Technical communicators will probably need to include this type of functionality into their solutions. The Help Authoring Tool vendors are moving in that direction. For example: Confluence, MadCap Pulse and Adobe AirHelp.

What do you think Stack Overflow’s success mean for traditional User Assistance? Use the comment box below.

Thanks for the grains of salt. I agree with the co-existing idea. The Force is always strong with the generalisations!

Stack Overflow works well for a certain type of audience. I know that feeling of being in the middle of a task and you just want one answer here and now (“do I cut the red wire or the blue wire?”). You don’t want any “Did you know” or “Tip of the Day” bonus info. Sometimes these Q&A places can be harsh to the beginner types. A manual or online help would never be that rude or patronising. 🙂

And yes, many using the old “I don’t need a manual; I just Google” approach may well end up inside an online manual getting the precise information they need. They should say “Thank you, Tech Author, for making that manual available online.” 🙂

Thanks for the interesting post. For starters, Stack Overflow is basically experts helping experts (much as was done in user forums), which in no way obviates the need for clear and informative user information. I completely agree that documentation and question-and-answer platforms (it’s still called Troubleshooting in traditional manuals) will continue to coexist. General, explanatory information will always have its place alongside products and technology.
User Assistance will need to integrate concepts like Stack Overflow into its question-and-answer platforms and evolve like everything else to take into account community feedback and social media.

If I may be stereotypical for a second, a programmer would say that wouldn’t they 🙂

The problem for us technical communicators is that things are never as clear cut as this. I’d agree with Karen that manuals are required, but we need to address what is meant by “a manual”. Perhaps the connotations associated with that phrase is really what Joel Spolsky has an issue with. It is telling that he admits that Stack Overflow has its own manual. Perhaps it is well written and follows a pattern of user assistance that meets the demands of its users. If so, it has likely been produced by a technical communication profession who understands their audience and adapted the content / style / structure accordingly. Isn’t that what we are all about?

Thanks Colum. Actually, Joel didn’t mention Stack Overflow had a manual – I stumbled across that fact from reading his Twitter stream.

It was more that programmers have questions, and the traditional user assistance model doesn’t address those types of searches.

The support group where I work is implementing this sort of tool. And of course I just implemented a similar kind of question and answer feature on my site. I think the q &a module is a trend. It fits nicely with doc because you just keep feeding your help system with content. As long as you have the right tags, it all rolls up and is findable.

So to sum up what Spolsky is saying:

This is exactly what John Carroll’s extensive and well-documented experiments found in the 80s, except that he was not studying computer programmers, but people using office software, and his subjects were mostly not experts but novices, and in many cases people who were new to computers altogether.

Novices, he found, don’t read manual, or even follow simple procedures, because the instructions in the manuals don’t correspond to what their previous experience leads them to expect. You have to be something of an expert before you can even make sense of the manual. He called it the paradox of sense making.

All of this has nothing to do with the Web. Neither the Web nor StackOverflow have done anything to create or encourage this user behavior. What they have done is given the user more places, and more people, to ask for help when they need it.

What does this mean for tech writers? For the last 20 years we have been largely able to ignore Carroll’s findings and keep producing the systematic manuals that his experiments clearly showed don’t work. Even where we have nominally adopted minimalism, we have largely turned it into a system. I see people publishing topics that contain nothing but a procedure and calling it minimalism, despite the fact that Carroll’s experiments showed learners don’t follow procedures.

We weren’t forced to change because the user had no where else to turn for help. Now they do, and they are turning to it in droves. If we don’t change, I suspect we will see a continuing drop in demand for our product and our services. The question is, will we change?

Thanks for the interesting blogpost.

Thanks Dimitar. I think I got the figures from Wikipedia, so they might be out of date.

No biggie, you just got your number 10 times wrong. Among other stuff

I believe it’s an overgeneralization to claim that novices don’t read manuals. I personally would prefer not to read manuals or other user information, but plenty of times I’ve found myself opening one and looking in the index for help, when confronting new products. I’m not saying I’ve always found what I sought (indexes in manuals are often notoriously poor IMHO), nor am I saying that I don’t turn to Google and technical forums for help, but manuals definitely have their place in the constellation of UA options.

Reading manuals and other forms of structured help always entail “extra work” and it’s always a pain in the neck to have to open one, on top of having to learn a new product. But companies that don’t offer them are either in a very good place (maybe their products are just fantastic and self-explanatory) or they are ignoring users to their peril.

Spreadsheets for calculating the ROI of User Assistance and Single Sourcing