Doctor Who is a popular British TV science fiction series that is celebrating its 50th anniversary later this year. So why is it like your Web content? Let us explain.

Regeneration is a part of life 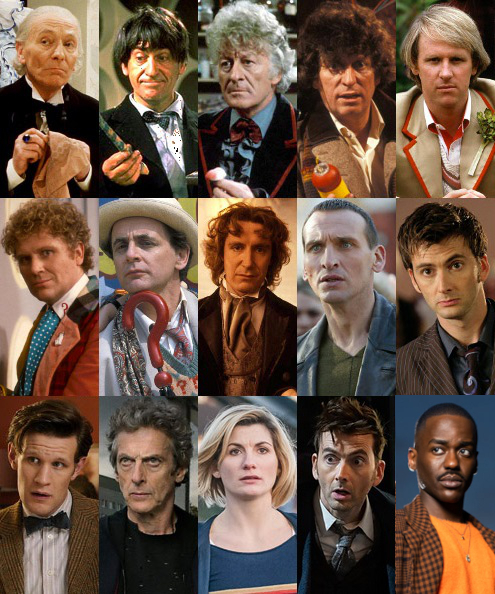 One of the reasons why Doctor Who has managed to be popular for so long is due to the ability of the Doctor to regenerate: if he is old or mortally wounded, he can transform into a new physical form with a slightly different personality.

Similarly, your content may need to take on different forms over time. You may need to change the way it looks to suit different devices, or modify its personality (the tone of voice).

The basic fundamental story, or content, probably doesn’t not need to change greatly, as its purpose is likely to stay the same. However, it’s important to recognise and accept changes to the presentation format are now a fact of life for your Web content.

In most Doctor Who stories, the Doctor has a companion who travels with him and shares his adventures. The companion asks questions, often gets into trouble, helps the Doctor, and on occasions, rescues or challenges the Doctor.

The companion shows the importance of explanation – acting as the surrogate audience, asking the questions they may have, giving them important information and providing a persona they can relate to.

The readers of your Web content may also need a companion – someone who can assist them, enable them to have their questions answered. In the world of technical communication, we call this “User Assistance” or “online Help”.

Even the Doctor, one of the most expert of people needs an assistant. There are many times when he is overconfident, makes the wrong assumption, and is helped out of his predicament by his companion. This is also true for your expert users.

Whenever the Doctor wants to learn about a new world, a new creature or machine, he whips out his trusty sonic screwdriver. It gives him data that helps him understand how to solve his current problem. We need our own sonic screwdriver for our Web content – ways to measure its performance (i.e. if it’s meeting the users’ requirements), discover where the problems lie, and so on.

The Tardis, as nearly everyone knows, is bigger on the inside than it is on the outside.

Unfortunately, only the Doctor knows where everything is located, and we generally only see a glimpse of what’s inside. We know there’s a swimming pool and a library, but often people get lost within the Tardis and end up where back they began.  There’s no official map of the Tardis, as far as we know, and it seems like there’s no logical structure to the corridors and rooms.

This is often the case with your web content. There’s lots of information, but it can be hard to find. If you know it’s there, you can search for it, but often you need a person to guide you to it.

Access to the Tardis is generally limited to those the Doctor invites in (or to those who are given a key). Many organisations take the same attitude to their online Help content: they hide it away from public view and, as a consequence, prospective customers. Whovians is the name given to fans of Doctor Who. Doctor Who has a huge and passionate following, which means they, in a way, “own” Doctor Who has much as the BBC and its writers.

Today, Doctor Who is a “Second Screen” experience: as people watch the TV show, they also converse on Twitter and Tumblr. The user generated content is an important reason why Doctor Who is so popular today. This can be true for your website as well: your users are part owners of your site and its content; their user generated content can be as important as the content you provide.

What have we missed?

Let us know if we’ve missed out any other links between Doctor Who and your Web content.

There’s one aspect of Doctor Who you missed, though – it’s all about time travel. And web content can be out of date, like travelling into the past. On the other hand, sometimes it can give us a glimpse of possible futures.